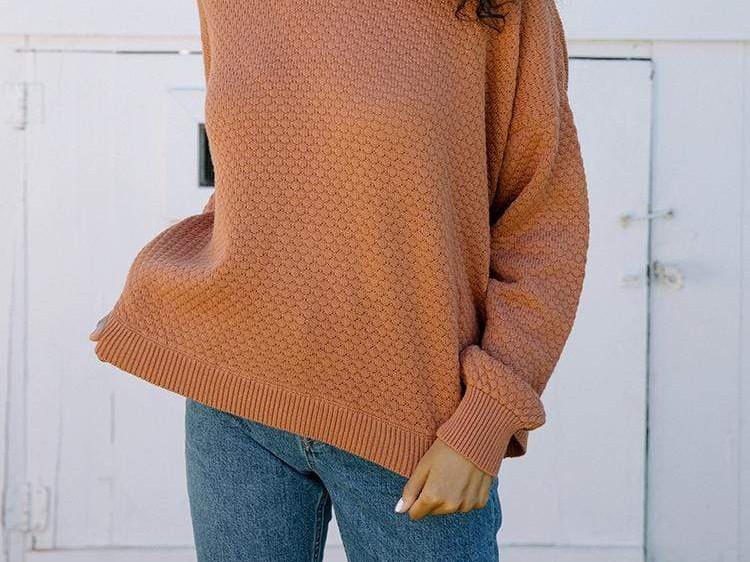 This past weekend, millions of people shouldered that duty, joined the Women’s March demonstrations all over the country, and let it be known that we’re not taking the erosion of our rights and community quietly.

People from all walks of life showed up, to stand with each other in solidarity. Estimates are as high as 1 in every 100 Americans. We were among them, and so were many of the bold Tradlands women who know that change is in their hands.

Activism and Fashion Have A Long History

Perhaps the most obvious way to declare your position is through what you wear, and women have been using clothing as political messaging for centuries.

Anti-monarchist women in the French Revolution did away with the frothy, frilly confection-style style dresses that represented so much of the excess of Marie Antoinette and her royal predecessors. In the 19th century, bloomers — the early form of pants — were named after Amelia Bloomer, a vocal women’s rights activists who saw that doing away with restrictive dresses would be good for women’s health, comfort and confidence. A few years later, the Rational Dress Society all but banished corsets and the chastity-belt type of undergarments.

In 1919, the Suffragettes showed their solidarity with the cause by coordinating their colors. White, violet and green were the go-to hues, and the movement even created its own jewellery to help women show their support. By the 1950s, women had claimed denim jeans as an equalizing force, and by the 60s miniskirts had come to represent the willful, revolutionary force that the women of the day were unleashing.

The color-blocked Pussy Riot protests took visual anarchy to a whole new level, and at the Women’s March, the wave of pink knitted hats made it incandescently clear that this was a sea of individuals, united.

The Icons of Activism

There’s a sense in some circles that style, fashion and self-care can’t co-exist with politics. It’s a powerful narrative that keeps a lot of good women down — that you can’t be serious about your politics and rights if you also like to dress well and wear make-up. And yet, it’s the ability to make independent, empowered choices that is at the core of all activism.

Naomi Wolf, one of the most prolific feminist writers of our time, put it like this: “I conclude that the enemy is not lipstick, but guilt itself; that we deserve lipstick, if we want it, AND free speech; we deserve to be sexual AND serious — or whatever we please; we are entitled to wear cowboy boots to our own revolution.”

Some of the most iconic leaders in the feminist and activist movements have done so while carving their own stylistic path, public opinion be damned.

Gloria Steinem always turned for events looking perfectly put-together, stylish, sleek and self-determined. The name of a collection of essays by Steinem hints at her attitude towards her public image — Outrageous Acts and Everyday Rebellions — and she wrote another book Revolution from Within: A Book of Self-Esteem, that she refers to as “ the most political thing I’ve written. I was saying that many institutions are designed to undermine our self-authority in order to get us to obey their authority.“

Maya Angelou said “My mission in life is not merely to survive, but to thrive, and to do so with some passion, some some compassion, some humor and some style.” Angelou was instrumental in bringing attention to civil rights, and was actively involved in the women’s rights and LGBTQIA rights movements before her death in 2014.

Ellen Page, Laverne Cox, Emma Watson, Lena Dunham, and countless others are leading the activism charge today — and they’re all doing it in style. They’re relentlessly themselves, presenting themselves with confidence and honesty, no matter how that looks for them.

You can do the same. Wear what makes you feel confident. Choose clothes that empower you, that make you feel ready, that help you present yourself as a force to be reckoned with.

Choice Is In Your Hands

Today, more than ever, the ability to create change belongs to the individual.

There’s an overwhelming amount of need in the world, and it’s easy to feel so tiny as to be useless — but you’re far from useless. Start with one thing to channel your attention to, and become a strong voice, an active voice, a present pair of hands for that movement.

Whether it’s keeping our politicians in line, transforming the destructive practices of fast fashion, protecting vulnerable kids, environmental conservation or funding critical medical care in the developing world, you can have a tangible impact.

All these causes operate on both global and local scales.

You don’t have to go to Syria to help traumatized kids — there are plenty of those in your neighborhood.

You don’t have to join Greenpeace or wrangle a spot on a Sea Shepherd boat to have an environmental impact — you can plant trees in your backyard and choose sustainable, ethically-produced clothing.

You don’t have to become a politician or start a non-profit to have a political impact — you can join community collectives, donate to Planned Parenthood or your organization of choice, volunteer your time, and engage in the hard conversations with the people around you that create change at a grassroots level.

Be the change you want to bring to your community.

For Tradlands and our team, that means throwing our hat in the ring, publicly. In the business world, it is never recommended to talk about politics. You are supposed to run your business separately from your personal feelings and opinions… But we’re making it clear that Tradlands supports equal rights for all genders and colors. Our customers are thankful for it and it’s enabling other business owners to this message too. This is a promising sign, because equality shouldn’t be controversial.

You don’t need permission to do any of this. You don’t need to make huge shifts or overhaul your whole life. You can make a change just as you are. Like Steinem said during her speech at the Washington DC Women’s March —

“No more asking daddy. We are linked; we are not ranked, and this is a day that will change us forever because we are together.”

You heard the woman. Let’s make some good trouble together.